A revolving credit facility is one where the borrower has the ability to repay and redraw (rather like an overdraft).

A term loan, if repaid early, cannot be redrawn. 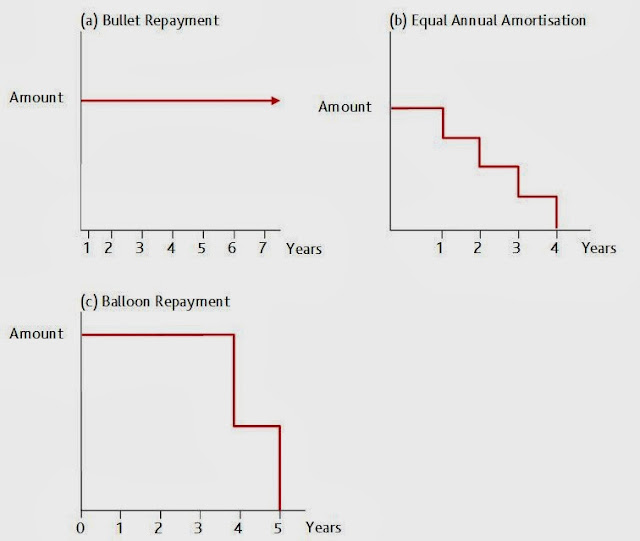 A bilateral loan is made by one bank to a borrower.

A club deal is where a large borrower arranges for a small group of relationship banks to lend it money. The operation is controlled by the borrower.

Most companies borrow money under a syndicated loan. Here, the arranging bank (appointed by the borrower) manages a syndicate of banks who all lend money on the same terms. The arranging bank controls the process. Upfront fees are paid according to the size of commitment made. The advantages of syndicated lending are that the loan is much more likely to be priced and structured correctly and the borrower saves valuable negotiating time.

It can be argued that large commercial banks grant loans to customers below economic fair value in order to ingratiate themselves with customers in the expectation of winning more lucrative business such as mergers and acquisitions, arranging equity or bond finance, and derivatives. This is more often the case during buoyant economic conditions.